Sadly this project is truly over as Jody has passed away.  We will miss her and her ability to make choices for us.
Posted by Chris Stewart at 12:00 PM No comments:

How To Lose Weight 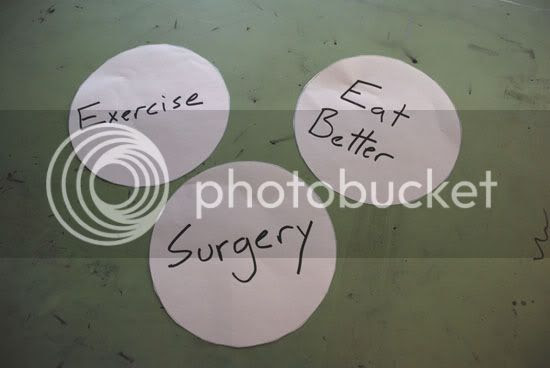 After bugging a few of my friends for questions, Brent asked "Why can't I lose 10 pounds?".  Well Brent, maybe Jody can help you shed those pounds.  Today we ask Jody, What's the best way for Brent to Lose 10 pounds.  To start this question I simply came up with 3 possible ways for Brent to lose weight. 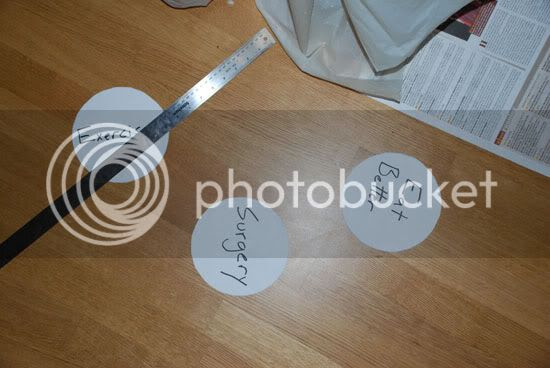 I then wrote down these suggestions on circles of paper and taped these circles to the floor, each an equal distance from Jody's food bowl. 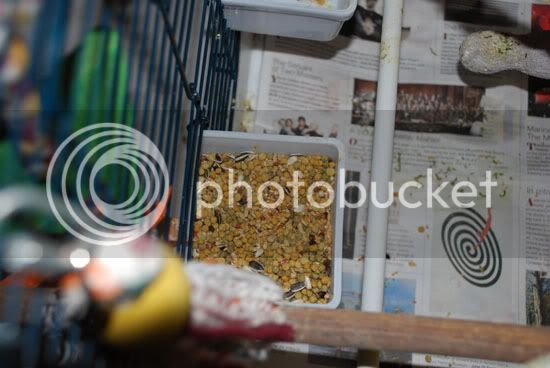 The plan is simple.  Jody is a really messy eater, I have to sweep around her cage pretty much every day.  So for one weekend I decided that I would not clean up around Jody's cage.  The circles on the ground where sure to collect a few morsels of Jody food and the one with the most seed and pellet refuse on it would be the best bet for Brent.  So after a few days... 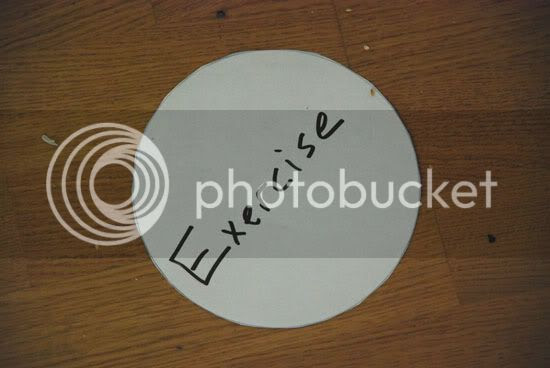 Exercise had a two little seeds and a medium seed. 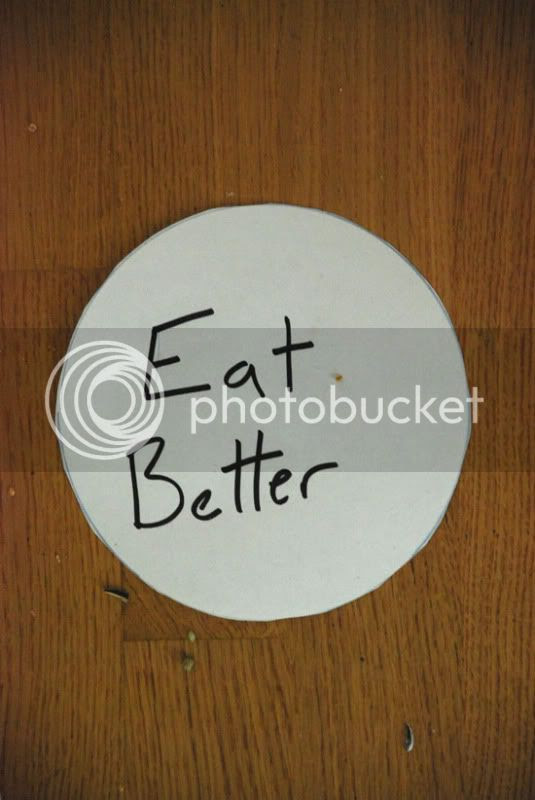 Eat better had one seed. 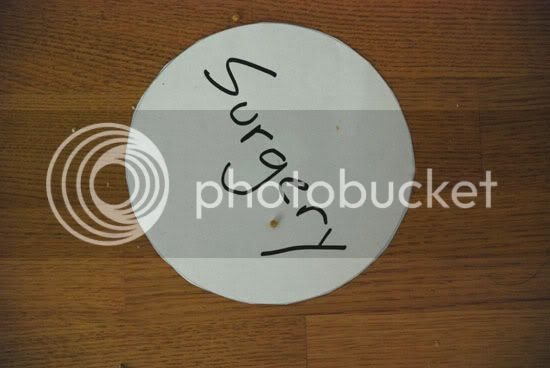 Surgery had two small seeds and a whole pellet. 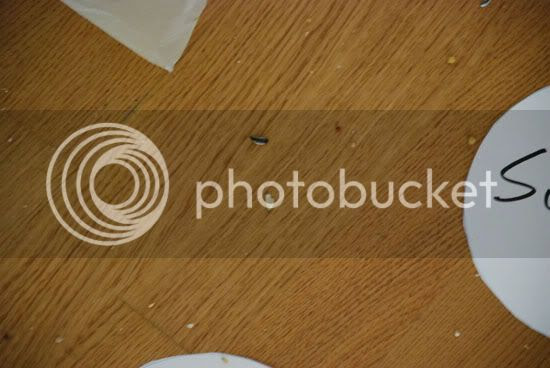 So since there seemed to be a tie in number of pieces I figured the tie breaker would be in the size or weight of the pieces.  In this case, "Surgery" is the winner.  Better get under the knife Brent.
Posted by Chris Stewart at 10:54 AM No comments:

When Will The World End 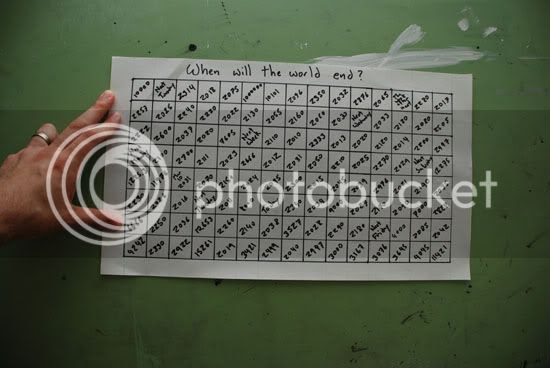 Alex sent in a comment asking if Jody could tell us if the world was going to end in 2012.  Well Alex I have a treat for you, not only will she answer that questions, but if the answer is no, then she'll tell us when it is going to end.  I've started this experiment with a simple chart.  In each square is a predicted time that the world might end. 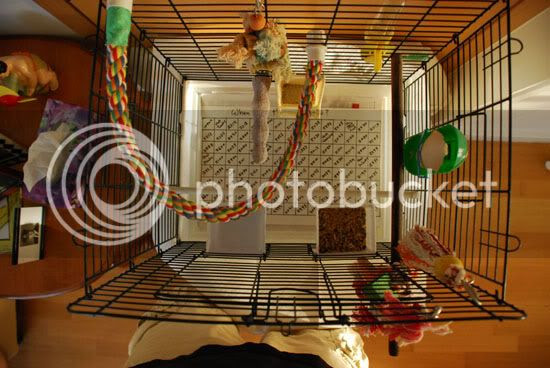 I've placed this chart at the bottom of Jody's cage. 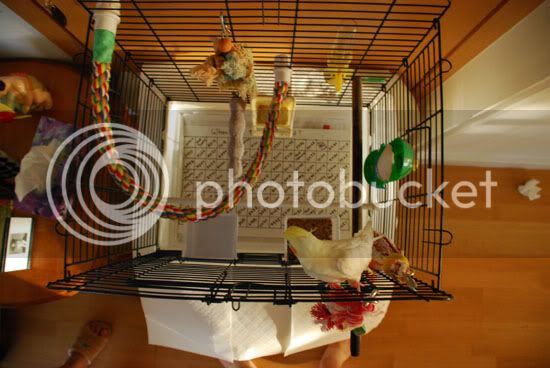 And in no time she was eager to help predict the worlds end.  The rules of this question go like this:  I was going to go away on a trip for a few days.  I would leave Jody in her cage and which ever date had the most poop on it would be the last day on earth. 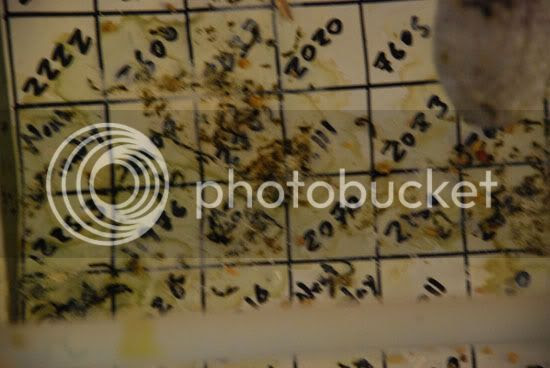 Please feel free to leave a question in the comments.
Posted by Chris Stewart at 10:19 AM No comments:

Email ThisBlogThis!Share to TwitterShare to FacebookShare to Pinterest
Labels: Poop

Which Tie To Wear For a Job Interview 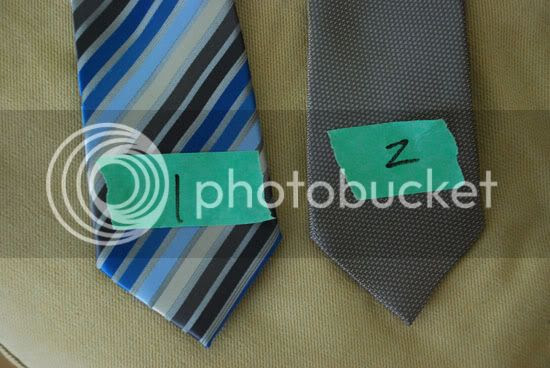 For the first instalment of "Let Jody Decide", I've decided to let Jody pick which tie I will wear for a job interview.  I've got two ties to choose from.  Tie one is a nice blue striped tie, and tie two a grey square thing. 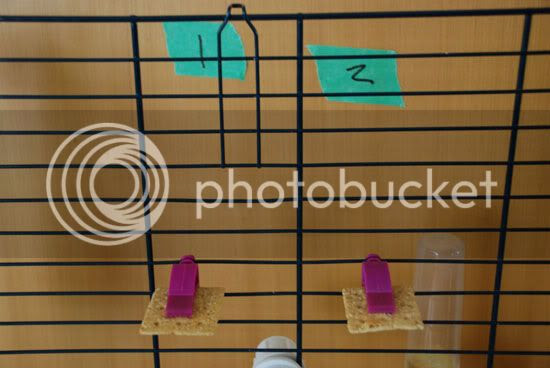 I've placed two crackers (Jody's favorite treat) in her cage, the rules are simple, which ever cracker she finishes first is the tie I will wear.  Cracker one will represent tie one, cracker two will represent tie two.  I originally hung both ties behind their corresponding crackers, however Jody was freaked out by this and refused to even go near her cage till I took them away.  That's because she's not only kind of stupid, but very chicken as well. 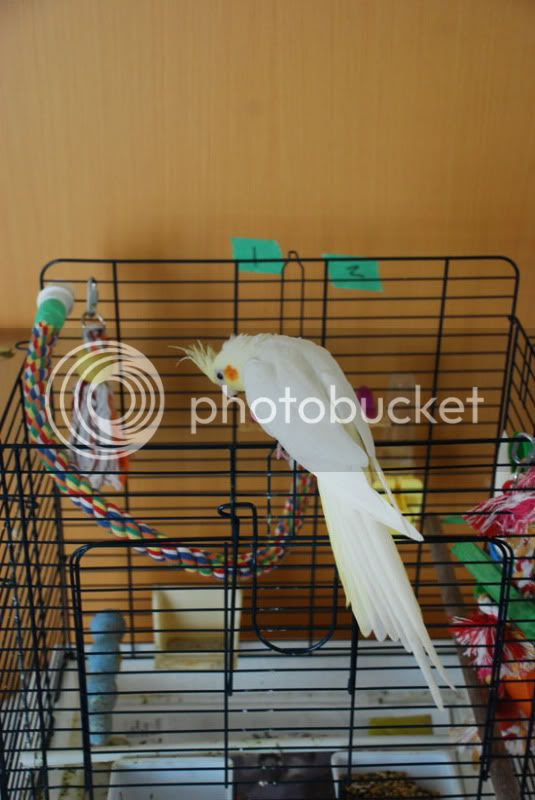 Eventually she had enough courage to return and instantly she spotted her two cracker. 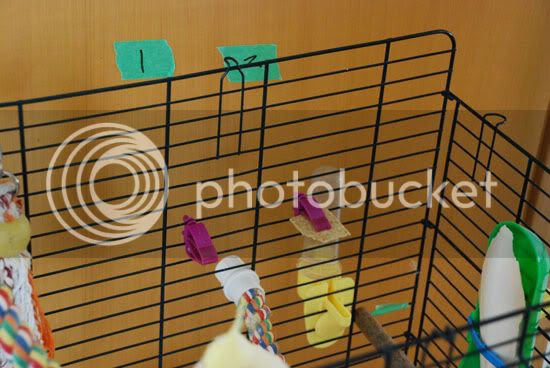 After about 10 minutes she started in on the crackers. She took samples from both, but quickly it was clear that cracker 1 (the blue striped tie) was the cracker of choice. A few minutes later cracker 1 was gone and my choice was made. 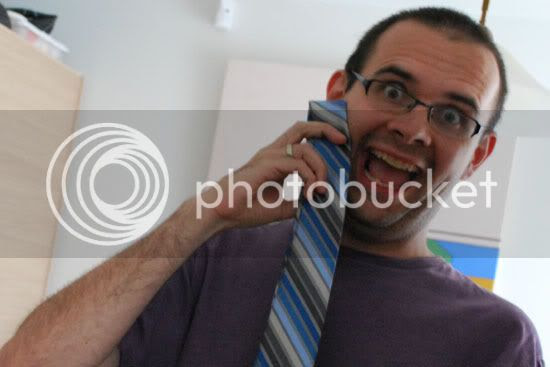 If you have a question you'd like to ask Jody leave a comment after this post.  I have many other ways to get Jody to make choices as well, the choose a cracker is just one.
Posted by Chris Stewart at 4:40 AM 3 comments: